Allwyn Entertainment, the new group-wide brand for SAZKA Entertainment AG („Allwyn Entertainment“ or „Allwyn“ or the „Company“), a leading multinational lottery operator, today announced another significant step in its evolution to a global lottery-led entertainment platform:  Allwyn’s intention to become a publicly-listed company on the New York Stock Exchange (NYSE) in partnership with NYSE-listed Cohn Robbins Holdings Corp. (CRHC), resulting in an expected total enterprise value for Allwyn of approximately $9.3 billion.  As described below and subject to certain limitations, an innovative feature of the Transaction provides CRHC shareholders the opportunity to establish ownership stakes at a maximum enterprise value of approximately $8.7 billion.  CRHC is Co-Chaired by its Co-Founders, Gary D. Cohn and Clifton S. Robbins.

Karel Komárek, Chairman of the Board of Allwyn and Founder of KKCG Investment Group, Allwyn’s majority owner, stated, „Listing on the NYSE is the next chapter in Allwyn’s history and track record of shared success benefitting players, communities, governments and investors.  We forecast the business delivering attractive revenue, profit and cash flow growth, creating attractive long-term value for investors.  Going public positions Allwyn to expand its shared success to more markets, while enhancing capital access to fund opportunities for accelerated growth.  KKCG has known for years that Allwyn is an amazing business, and I am very proud that global investors will have the opportunity to participate in its further growth.“

Robert Chvatal, Chief Executive Officer of Allwyn, stated, „It is an opportune time for Allwyn to take this exciting step.  Jurisdictions in Europe and North America should have higher expectations for the innovations their lotteries can deliver.  With consumers expecting the option to experience and pay for entertainment online, Allwyn is building stronger, more individualized and more valuable relationships with our customers.  We look forward to applying our experience in developing market-specific, culturally-attuned lottery entertainment to new customers and geographies as an NYSE-listed company.“

A Leader in the Large, Resilient and Growing Lottery Industry

The $300 billion global lottery industry is the largest constituent of the global gaming ecosystem by sales and wagers, with customer demographics and market dynamics characterized by high participation globally; resiliency through market cycles; and expected acceleration in growth from digitization and the trend toward increasing online sales.

Allwyn expects the NYSE listing to support its global growth strategy by:

Trends in developed countries‘ lottery, igaming and sports betting markets indicate the potential for significant additional online penetration in markets where Allwyn operates, as well as in those it has targeted for expansion.  In markets where online lottery has been introduced, both total market size and the retail lottery market have grown substantially.

Online users of Allwyn businesses have more than doubled in the past two years, enabling the Company to establish customer relationships and implement cross-selling initiatives that it expects to create greater value and benefit from low churn rates and customer acquisition costs.

The Company also has identified new market opportunities in Europe and the United States, via potential acquisitions and license tenders, in markets that represent approximately €129 billion in estimated 2022 lottery wagers.

Messrs. Gary D. Cohn and Clifton S. Robbins, Co-Founders and Co-Chairmen of Cohn Robbins Holdings Corp., stated, „We have worked with hundreds of management teams and invested in hundreds of companies in our careers, but we founded Cohn Robbins to seek out just one.  We believe that Allwyn is the right company, in the right industry, at the right time and with the right leadership team.  We are excited by the growth opportunities the Company has ahead of it and we look forward to providing our support.  We also are very pleased to be bringing this transaction to Cohn Robbins shareholders in an innovative way and at an attractive valuation.“

A Valuable and Responsible Community Partner

More than $100 billion, or approximately one-third of worldwide annual lottery sales, has gone toward funding public programming in recent years, according to data collected from their members by the World Lottery Association and European Lotteries.  Allwyn uses its platform and skills to the benefit of the communities it serves.

Since 2014, Allwyn’s business has provided major support for the renovation and modernization of Greece’s most important, largest and oldest children’s hospitals.  The Company promotes active lifestyles as major sponsors of professional and mass sport, including Olympic teams, professional football and basketball teams, and after-school programs and activities for children.  It is the biggest supporter of sports in Austria, with its subsidiary, Austrian Lotteries, making a guaranteed annual contribution of at least €80 million to sports, and having provided approximately €1.7 billion in sports funding since 1986.  In the Czech Republic, 150,000 school children each year participate in a Company-sponsored Olympic-style multi-sport contest, and the Company supports more than 3,200 disadvantaged children in pursuing sports through the Czech Olympic Foundation.  In Greece, Allwyn sponsors more than 175 sports academies serving more than 18,000 children, 28,000 parents and guardians, and 1,000 coaches.

Current Allwyn equity holders are expected to retain approximately 83% ownership in the Company, and no new shareholder of the Company will own a stake of more than 5% immediately following the transaction.

CRHC, a special purpose acquisition company, holds approximately $828 million of cash in trust.  Concurrent with the consummation of the proposed transaction, investors have committed to purchase more than $350 million of securities of the combined company (the „PIPE investment“).  The PIPE investment includes participation from a group of international investors, including $50 million from CRHC’s Sponsor entity. 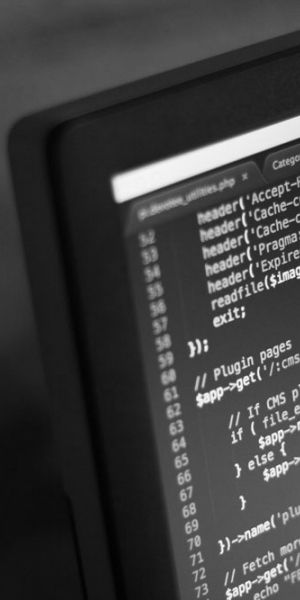